If you're wanting to know more about the history of St. Charles River Church, the journey of faith that has led us to this point, and our vision for where we are now - then you've come to the right spot. Read on... 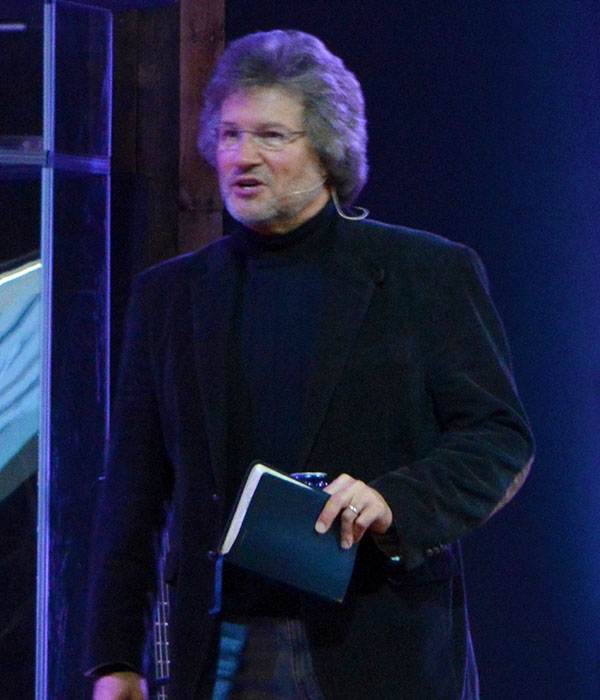 Gina and I were raised in the greater St. Louis Area. I was born in St. Louis, MO and she was born in Cape Girardeau, MO. When Gina was born, her parents were Assembly of God pastors in Advance, MO. Later, her dad changed to a career in education and moved to St. Louis. My grandparents were Assembly of God pastors in the southern and middle areas of Missouri. A major part of their ministry was church planting, a ministry that ended in Steelville, MO. I first met Gina while attending a youth conference in South County. She was 17, I was 14. She looked great! We were married in 1981 and attended Lindbergh Assembly of God in South County under Pastor Gene Putnum. Later this church would merge with South County Christian Fellowship. For a period of time, it was led by Mike Bickle, who is now with Vineyard Church and International House of Prayer in Kansas City. What a great experience! In 1984, we moved to St. Charles, MO and began attending First Assembly of God in St. Charles. While there, our two beautiful daughters where born; Meghan, in October 1985 and Kristen, in May 1989. 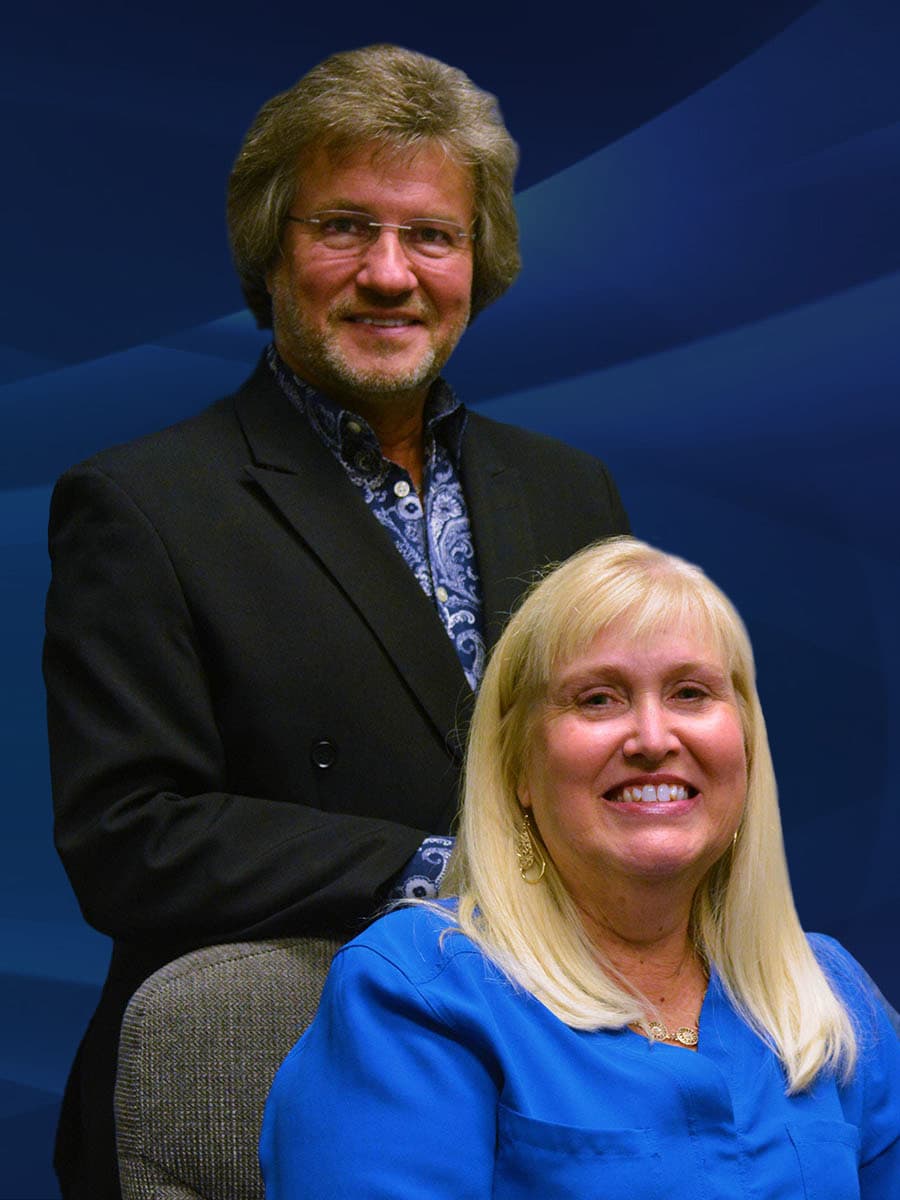 Beginning of the Dream

The year 1987 was a monumental turning point for us. Rex Bornman became Pastor at First Assembly of God. It was under Rex’s mentorship that we began to understand how the grace of God was truly a life changing experience. Rex and I spent many hours in one on one discipleship and vision casting about the St. Charles Area. We drove Hwy 94 often, dreaming of a church plant that would impact the Hwy 40 and 94 area. There wasn’t much in the area, but we believed that would soon change. Wow, did it ever! In 1994 Rex moved out of the area to Altoona, PA, but we continued to stay in contact and discuss our church planting dreams.

In 1995, I joined the Pastoral staff of First Assembly of God as the Pastor of Family Life. In late 1998, I accepted the role of Sr. Associate Pastor under Pastor Roger Horne. God had truly created a kindred spirit between us. In 1999, I felt God beginning to change my ministry at First Assembly of God. It was a very strong revelation in my spirit, and I knew what it was. It was then when I began to share with Gina that I believed God was beginning to release us from our ministry at First Assembly of God. We also confided in close friends, asking them to partner with us in prayer about this dream. 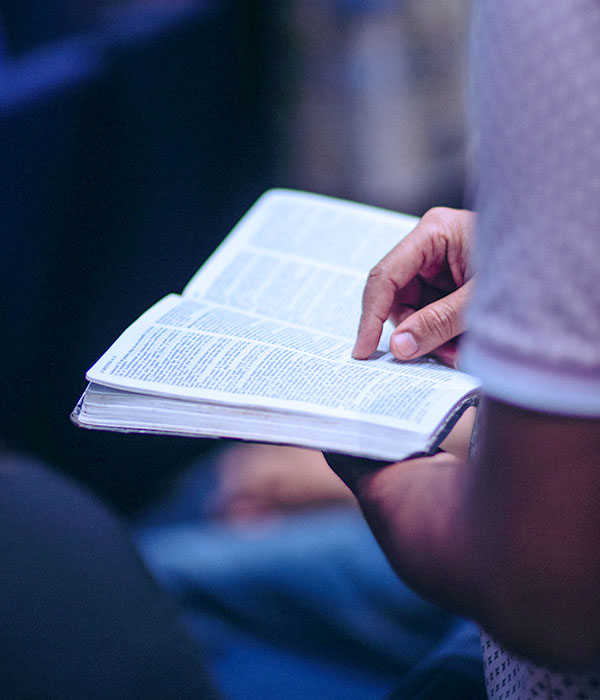 On July 26, 2000, I received the phone call from the Northern Missouri District of the Assemblies of God to “go ahead and resign from First Assembly of God. You are now the senior pastor of St. Charles River Church.” I will never forget that day. I sat in my office after hanging up the telephone, feeling numb. After all that we had been through, our dream had finally come true. I thought of Rex and all the great people at First Assembly of God. Those had been wonderful years. It really was a very emotional time for me. All of a sudden, it seemed as though the weight of my former role as Sr. Associate Pastor was being lifted from my shoulders. At the same time, it felt as if that weight was replaced by the one this new adventure seemingly brought. Clearly this wasn’t the case, but that’s how I felt. I called Gina and at about the same time we both said, “Well, what are we going to do now?” as we laughed with each other.

St. Charles River Church officially met for the first time on October 1, 2000, at the Busch Wildlife Pavilion in Weldon Spring, MO. What a great start! 87 people attended service with us that day as we ate breakfast and worshiped God under the pavilion. For the first month we met wherever we could…in parks…in homes…wherever! On November 5, we moved into our first temporary location, Independence Elementary School in Weldon Spring. 150 people attended that Inaugural Sunday. We were amazed, but God wasn’t!

Great things were happening at Independence Elementary, but it became apparent it was time to start looking for a more permanent location. God interceded in a mighty way and we broke ground on a new facility at 810 Westwood Industrial Park Dr. in Weldon Spring. We met for service the first time in our new home on November 7, 2004. For the next 15 years, SCRC spread the message throughout St. Charles county from that location. Then God started to make it known he had a new plan for us.

Early in 2019, God moved in an amazing way and let us see that it was time to move on to new fields. In May, we received an incredible offer on our building at it was sold. We were able to continue meeting at that location until we could find a new home. And God did not let us down. As we began our search, there was another church family looking to make a move and their location became available. It was a perfect spot, off Hwy K in O’Fallon, MO. We reached an agreement to make that the new home for SCRC. In October we began to get the facility ready for the SCRC family. On November 17, 2019, we held our first service at 967 Waterbury Falls in O’Fallon. Today, we continue to partner with the family and friends of St. Charles River Church to put into action the call of Christ in our lives. We encourage every individual to participate in the Christ life vision of reaching out to encourage, equip and partner with our friends, co-workers, family and those that we have never met continents away in the ways that build upon the gifts and strengths that God created you with.

We are glad that you are checking us out because you are one of those gifted people we can’t wait to see God raise up into a Christ-like servant in this great Kingdom!

So hold on, get ready for a memorable ride!

And now, we want to extend an invitation to you and your family to join us on this incredible journey. History is still being written, and we are anticipating a great future role for you in God’s great Kingdom!